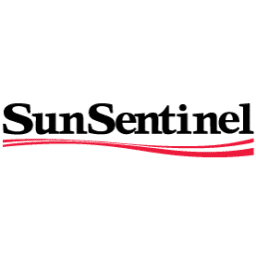 South Florida saw a sudden jump in all-cash home sales in November, an indicaton that buyers may be trying to skirt new federal mortgage guidelines, a recent analysis found.

Cash accounted for 59.7 percent of all home sales in Palm Beach, Broward and Miami-Dade counties, up from 57.1 percent in November 2014, according to RealtyTrac Inc., a foreclosure listing firm.

The tri-county region hasn’t seen a year-over-year increase in cash deals since May 2012, RealtyTrac said. The share of cash sales increased in November in 99 of the 109 markets RealtyTrac reviewed. The firm has not yet released data for December.

Cash remains a big part of the South Florida housing market, though more buyers have taken out mortgages over the past few years. Interest rates remain low, and prices have risen enough to price some bargain hunters out of the market.

The new forms are designed to make it easier for consumers to understand the closing process. But the changes impose additional requirements on lenders and title insurers, and that’s leading to a delay in closings, some industry professionals say.

“This has put cash buyers back in the cat-bird seat,” said Daren Blomquist, a vice president of Irvine, Calif.-based RealtyTrac. “It’s adding to the hoops that financed buyers have to jump through.”

Crupi attributes the uptick in overall cash sales to a backlog of mortgaged deals, which are taking longer to close. In some cases, they fall apart entirely, with the extra time making buyers and sellers think twice about going through with the transactions, he said.

“We still have a bottleneck of closings from November, and it’s January now,” Crupi said. “We have closings that are sitting, and when they sit, they die.”

The new rule, in effect from March 1 to Aug. 27, is designed to control money laundering in the real estate industry, authorities said. It does not extend into Broward or Palm Beach counties, though the Treasury didn’t rule out expanding the requirement.

The names of the buyers will go into a national database and not be revealed to the public, the Treasury said. While high-end buyers will temporarily lose their anonymity, industry analysts say they don’t think it will dramatically affect the luxury market.

Even though mortgages are becoming easier to get, cash always will play a large role in South Florida real estate sales, said Ryan Kuhlman, president of the Broward Real Estate Investors Association.

“Most sellers want to sell to people who are paying in cash,” he said. “Why take the risk and the headache?”