As the wave of joblessness crashes… 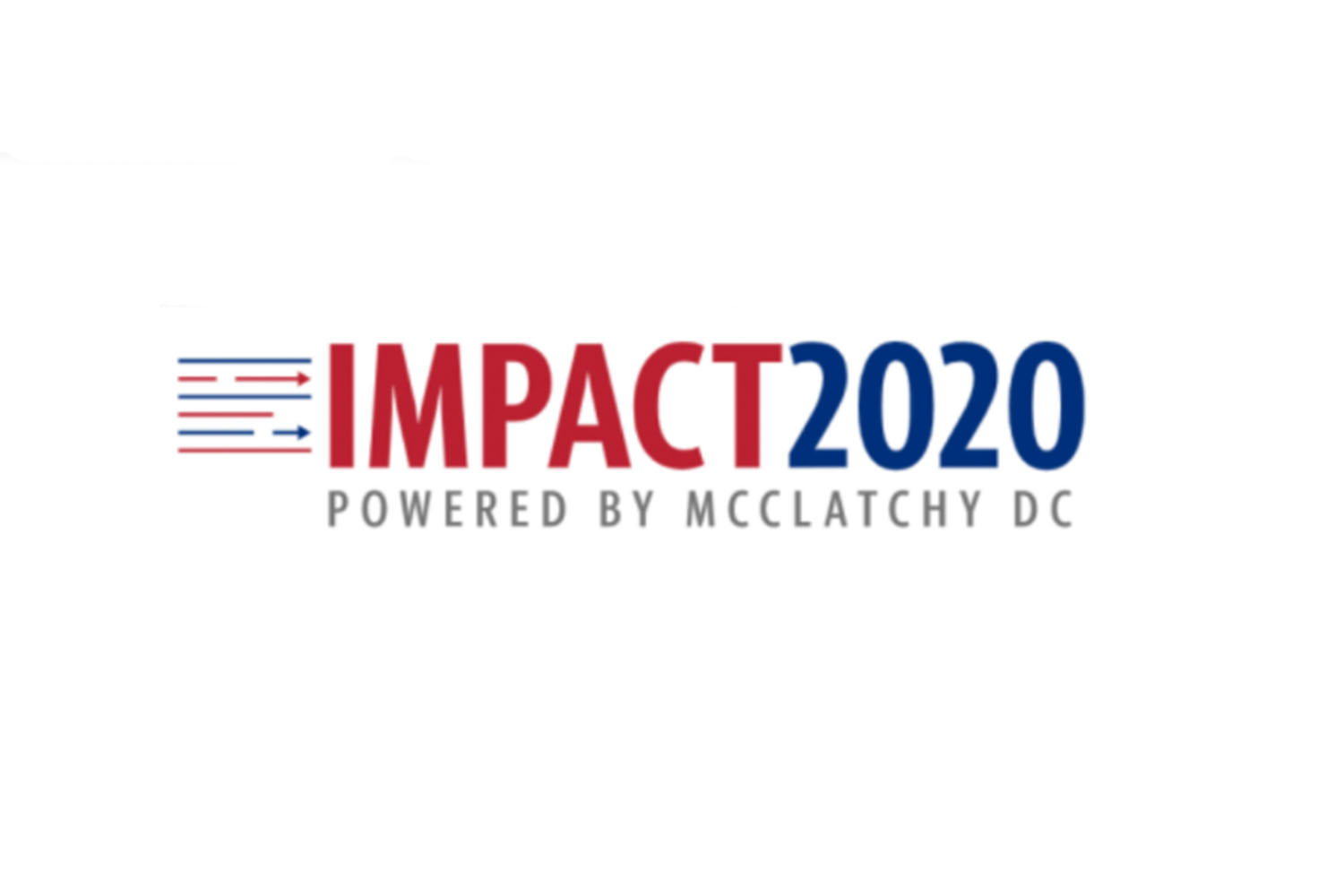 As the wave of joblessness crashes, quick-cash outlets could be about to reap bonanza

On the website of the nation’s largest car-title lender TitleMax and its Florida subsidiary InstaLoan, a letter from  Otto Bielss, company president, reassures customers that 1,176 locations nationwide are being sanitized daily and are being cleaned like never before “to ensure that your financial needs continue to be met quickly and  effectively.”

Nowhere in the full-page letter or on the website is there an offer to defer payments or similar measures to help  existing customers tossed out of work because of the coronavirus.

Title loan companies are the bottom of the financial food chain. They offer small, high-cost loans to the weakest  borrowers, referred to as the unbanked because these borrowers often lack a conventional checking account and  are desperate enough to offer up the title of their car as collateral.

The companies provide a type of rolling loan that consumer advocates call a debt trap, while the lenders  themselves say they provide an important service by supplying credit to those who otherwise would not qualify.

A $2 trillion economic stimulus passing through Congress seeks to get cash into the hands of working Americans  to help recover lost wages and to significantly boost unemployment insurance. But those temporary patches are  designed to ease the pain in hopes that the virus will be contained in the weeks ahead and the economy will  return this summer to something approaching where it was.

Here’s why consumer advocates are so worried. Labor Department statistics released on Thursday showed that  more than 74,000 Floridians filed a first-time claim the prior week for unemployment insurance. That was a tenfold  increase from the prior filing period but is a number seen as a sliver of the tip of a much larger iceberg.

Florida boasts giant hospitality, travel and tourism sectors, and all are getting crushed by the nationwide closures  of businesses and public spaces to slow the spread of the coronavirus.

It means that notwithstanding government stimulus funds people are going to need cash, and fast.

“I can say that already at the payday loan shop near my house, the parking lot has been packed. It’s already  happening, people are desperate, and they aren’t looking at the costs they are incurring by using these types of  predatory loans,” said Alice Vickers, a longtime consumer advocate in Tallahassee. “The failure of the state and  federal government to address this quickly enough is pushing consumers towards loans they shouldn’t take.”

Densely populated Miami and neighbors are likely to see more layoffs and more people in need of cash, she said.

“We know South Florida has been hit hardest for those who have tested positive for the virus, and we know that  Miami-Dade has more stringent local regulation around being able to go to work, so I wouldn’t doubt that you are  going to see a bigger impact there,” Vickers said.

Several alternative loan outlets in South Florida expect an increase in business with the local economy in a partial  shutdown and unemployment spiking.

But for now it’s akin to watching an approaching hurricane.

“Right now, it’s normal,” said Delia Cancel, who works behind a plexiglas counter at Payday Solution, at 11655  NW Seventh Ave. near North Miami. “A lot of my customers just got their income tax [refund] checks so they don’t  need to borrow.”

It was a similar situation a few blocks up the road at Easy Cash, 13300 NW Seventh Ave. It sits on a thoroughfare  dotted with storefronts offering fast cash.

Maurice Martinez stood behind the bulletproof partition wearing blue rubber gloves. He was alone in the store. So far there is no rush to borrow, but it is not clear how long that will last.

At least one Miami lender to the unbanked, recently opened Presto Payday, has temporarily halted certain types  of loan products for fear desperate borrowers will get in trouble.

“The business has suspended its cash advance loan product to prevent borrowers from building up debt they  cannot repay,” owner Bernie Navarro, founder of the Benworth Capital Partners, said in a statement.

Cash advance loans usually have a duration of one or two weeks and steep fees.

Although they are not conventional lenders like banks and credit unions, title loan and cash advance companies  in Florida are being treated as providers of financial services and thus as essential businesses, allowed to stay  open while restaurants, many big box retailers and thousands of small shops in strip malls are closed.

Non-bank loan sizes tend to range from $100 to $2,500, repayable in periods of two weeks to a month. Rather  than an interest rate, they charge fees, and at the end of the period the amount due can become a new loan,  subject to new fees on a now-larger balance. The hole being dug can get deeper and deeper.

“Such loans can be offered through a variety of structures, including open-end lines of credit, closed-end  installment loans, or appropriately structured single-payment loans,” they wrote. “The agencies state that loans  should be offered in a manner that provides fair treatment of consumers, complies with applicable laws and  regulations, and is consistent with safe and sound practices.”

To consumer advocates, that sounded dangerously like promoting the kinds of lending done by cash advance,  payday and title loan lenders.

“Essential consumer protection measures are absent from this guidance. By saying nothing about the harm of  high-interest loans, regulators are allowing banks to charge exorbitant prices when people in need can least  afford it,” said a statement from six national advocacy groups, including the NAACP. “They have also lent  credibility to single balloon-payment structured loans, which have been shown to trap people in a cycle of repeat  re-borrowing and crushing debt.”

The advocacy groups, led by the Durham, N.C.-based Center for Responsible Lending, said banks were getting  interest-free loans from the federal government during the crisis and should be required to cap annual rates of  lending to consumers and small businesses at no higher than 36 percent. They noted during the crisis of 2008- 2009 some banks offered creative loans that stuck some borrowers with effective annual interest rates as high as  200 percent.

One of the five federal regulators giving guidance Thursday was the Consumer Finance Protection Bureau,  created in the aftermath of the Great Recession to protect borrowers from predatory and misleading lending.

The agency in January 2017 proposed new regulations that would force unconventional lenders to come up with a  measure of a borrower’s ability to repay. But that plan was soon afterward put on ice by the incoming Trump  administration, which later proposed to broadly water down that rule and pushed off a final decision until  November at the earliest. The CFPB has not issued any public guidance specifically for title loan and payday  lenders during the unfolding COVID-19 crisis, and was silent about them in a new consumer tip sheet.

That potentially leaves the unbanked at risk, especially in South Florida.

“Florida has been a place where generally the high-interest loans for those people who need money have been  available, and the state generally has resisted federal protections when they’ve come down,” said Jose Javier  Rodriguez, a state senator from Miami and vice chairman of the Senate Judiciary Committee. “There is obviously  a real need for people to be able to access money, and I think this is highlighting the issue of people taking on debt. It does raise a lot of concerns.”

Advocacy group Georgia Watch has fought to cap loans at reasonable rates, not the triple digits presently allowed  in that state. It proposes a “usury cap” of 60 percent, but pending legislation to accomplish that is on hold as the  state legislature is closed during the crisis. Berneta Haynes, senior director of policy for the group, expects a rise  in complaints in months ahead as unbanked Georgians get caught in debt traps offered by companies loosely  regulated only on the local level.

“I’d be surprised if there is not a spike in calls,” Haynes said, noting that in Georgia these lenders cluster in low income, predominantly minority neighborhoods and lend primarily to females, many of them single parents.