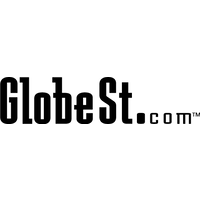 FORT LAUDERDALE — Riviera Point Holdings just broke ground on a $17 million business complex in Miramar that brings international investment and hundreds of new jobs to the area. The Professional Center at Riviera Point is the first new office construction in the Miramar market since 2009.

Located on a four-acre site at University Drive and the Florida Turnpike, the Professional Center at Riviera Point will offer 70,000 square feet of office space in two four-story buildings. The first building is scheduled to open its doors in February 2013.

“By attracting job-creating international investment, we expect our Miramar center will help stimulate the regional economy,” Riviera Point CEO Rodrigo Azpurua said in a statement.  “The $7.5 million first building is funded primarily by investors from Venezuela, Argentina and Spain who recognize the advantages of owning assets in the United States and qualifying for permanent US residency through the EB-5 program.”

According to an economic impact study by Wright Johnson LLC of Palm Beach, the Riviera Point development will create 441 jobs from the construction and operation of the center once fully tenanted. Corrales Architectural Group of Boca Raton designed the professional center and Cushman Wakefield is the leasing agent.

“We are seeing a great deal of international interest and activity in South Florida,” Jeff Bartel, chairman of Benworth Capital, a hard equity lender in Coral Gables, FL, tells GlobeSt.com. “We have been approached by investors from Brazil, Chile, Venezuela and other Latin American countries, and we’re seeing a great deal of interest from East Asia, in light of the massive Genting and Swire projects planned in Miami’s Central Business District.”

The Professional Center at Riviera Point qualified as an EB-5 investment opportunity under the US Citizenship and Immigration Services (USCIS) program as part of the Florida Regional Center EB-5 Investment LLC. EB-5 allows a foreign national interested in obtaining permanent US residency to qualify by investing in a commercial enterprise that generates at least 10 jobs for US workers for two years. At that point, the conditional EB-5 Visa becomes permanent. The qualifying investment for a project such as Riviera Point, which is located in a Targeted Employment Area, is $500,000.